In 1979 Kjell Andersson of EMI calls Per saying he likes the “Billy” EP. Gyllene Tider gets a record deal with Parlophone, and records its first single and album in EMI studio 2 in Skärmarbrink. A single is released in December, but the radio starts playing the B-side so the single is re-released one week later as a double A-side! 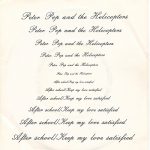 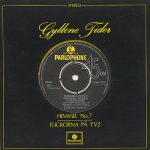