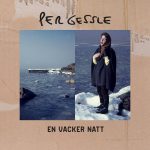 En vacker natt (A Beautiful Night) out April 28 and En vacker dag (A Beautiful Day) out September 1. The first single is out March 17 and is called “Småstadsprat” (Small Town Talk), a duet with Swedish pop/singer-songwriter Lars Winnerbäck. Two other guests are Linnea Henriksson and Per’s old hero John Holm.

The albums have three duets each. Other titles are “Tittar på dej när du dansar” (Watching You While You’re Dancing) and “Allt gick så fort” (It All Went So Fast). The latter is about how life passed you by so quickly.
“And even though these albums are Swedish, they both end with duets in English, with two female country singers, Savannah Church and Jessica S. This is my homage to Nashville” says Per.

Most of the songs were written after Roxette retired from touring in the spring of 2016.

“All of a sudden my schedule was open, so I started sketching some material of my own again. The records in Swedish are holy to me. The lyrics are really very important, not to say central. They’re about things that we all go through: the transience of life; our hopes, dreams and disappointments; how your era and generation shape the person you become. Each song tells a story of its own. The music is of course equally important. It’s the magical fusion between words and music that makes sure that a song gets stuck in the head and the heart of the listener.” concludes Per Gessle.

The album is listed as vinyl as well.