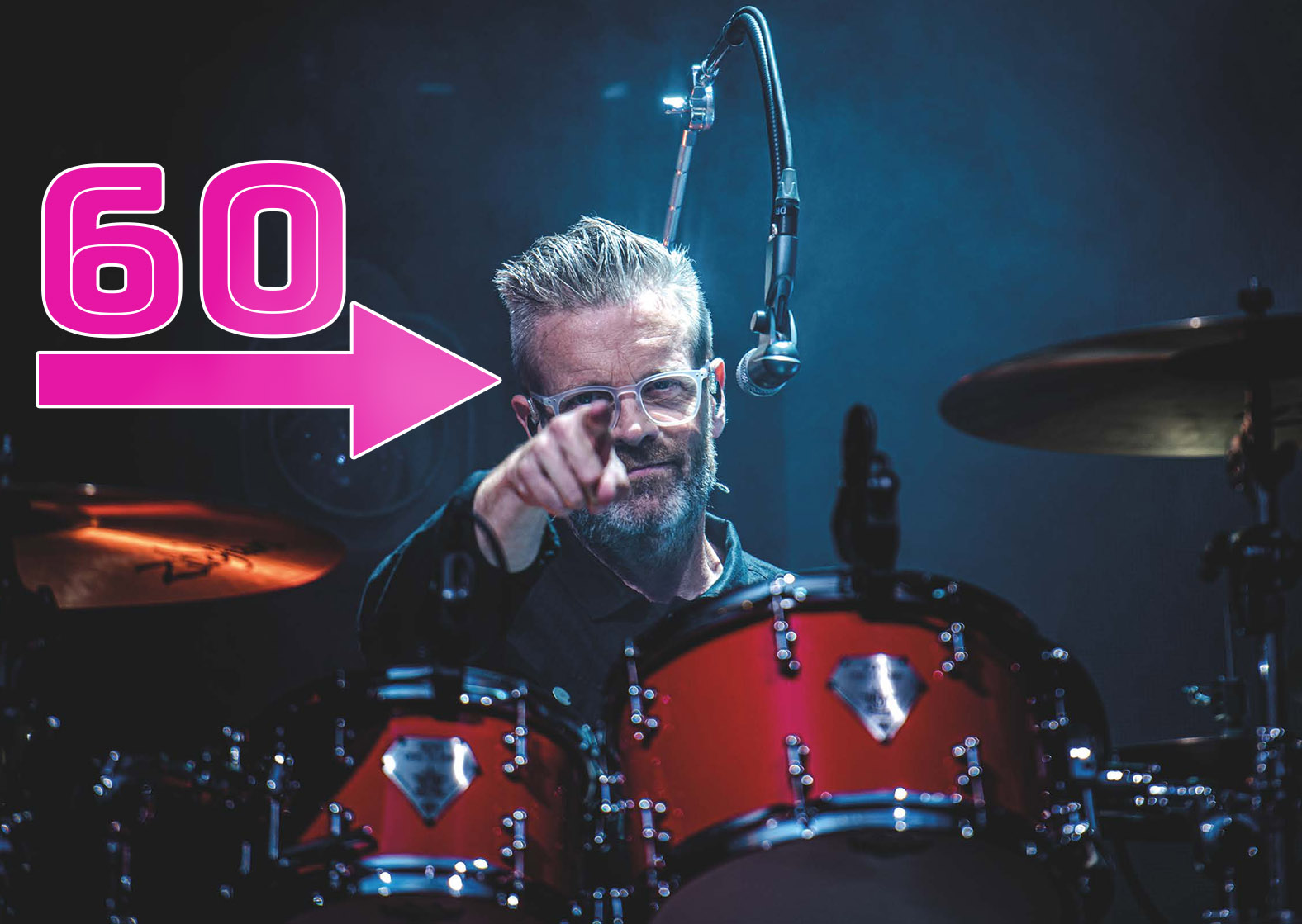 Micke Syd Andersson – born in Harplinge, today in 1961! The prankster of Gyllene Tider has finally matured. (Or has he?)
He started playing the bass at an early age, with his bestest friend Anders Herrlin, also from Harplinge. They played together in the band Yggdrasil for instance. They both played the bass and the drums, so they raffled who got to play what. According to Micke Anders got the bass due to having “bigger thumbs.” Then Micke, “Keef,” was drafted into Gyllene Tider by a common friend who’d heard a new band needed a drummer. Anders joined later. 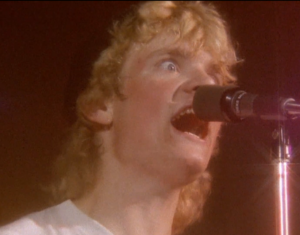 We remember him from Parkliv, where he sings “Min tjej och jag” with a tiny keyboardist on his back. He wore the beanie during the tour since he’d done a perm that failed miserably.

In 1981 there was a plan to release a Ringo Starr-inspired Gyllene Tider single – the drummer sings. So the single was to be “Min tjej och jag” with the early version of “Tylö sun” as the B-side. Micke sings that one too. The plans were quickly scrapped and Micke was banned from singing for 35 years. In 2019 he was let back into the togetherness again, and sang “Låt denna trumslagarpojke sjunga!”

Micke has played with Gyllene Tider, Per Gessle and Roxette, but also with Marie Fredriksson and many many others. He ran his own coverband for several years, Syd & Ekman. Of course he has released his own stuff as well – singles such as “In the Summertime” and “Du & jag & Glenn Hysén”!

He also loves Star Wars and HBK, has meddled with Mindfulness, kinesiology and tapping, he’s a blood donor, he can do a thousand burpees (maybe), he lost a ton of weight because he was tired of being overweight, he was a penpal with many Gyllene-fans during the day just because it was the nice thing to do… it would be easier to write things he’s not been involved with! Micke’s also the guy who says what he feels like, good or bad.

Micke proposed to his darling wife Helena on stage in front of 27,000 people during GT25! in Halmstad! Of course she accepted…

All this is fun and (some) rather unimportant trivia – all the best from us Micke!

We truly love you, Happy Birthday!